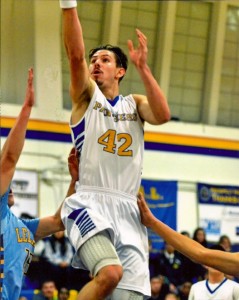 On January 8th, 2016 Lukas Swidler, Prospect High School Basketball senior earned his membership in the prestigious 1000 Point Club. He played varsity basketball for the Panthers for all four years of his high school career, beginning in 2013.
Swidler was notified of his membership in the 1000 Point Club by Varsity Head Coach, Michael Furlong during the Senior Night Game on February 12, 2016. 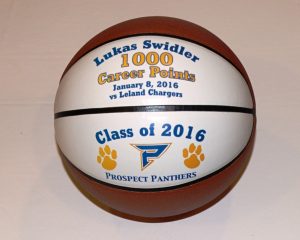 The 1000 point club is awarded after a player has scored more than 1000 points over their high school basketball career.

Lukas Swidler is the third high school basketball player to have been award the 1000 Point Club in the history of Prospect High School. On receiving his award, Lukas was very excited and focused on the game at hand, where he scored 2o points and rebounded 23 times in a close game, ending in a victory (72 to 69) for the Panthers against Willow Glen High School.

In addition to the 1000 Point Club award, Lukas Swidler has also received the following awards: